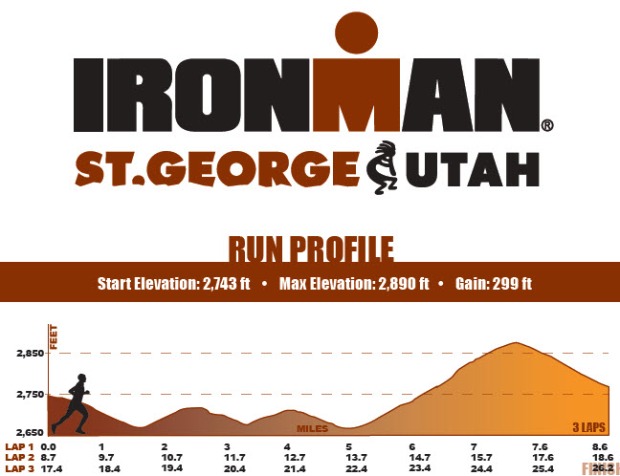 Build week three is in the books!  It was yet another week of juggling life and training.  I was very busy at work so I was unable to run at lunch so as a result I didn’t have much mileage on the bike or run during the week; but I made up for it on the weekend.  On Saturday I did a 14 mile run which started out great and ended terribly.  I started having severe pain on the outside of my knee (ITB I am guessing).  Since this week is a recovery week, I will do my best to foam roll as much as I can and sit on my lacrosse ball to open up my hips (that just sounds so wrong!).  Then on Sunday I did my longest ride to date; 81.6 miles!!!  It was a huge confidence booster.  I felt fine the whole ride (except for a few small temper tantrums in my head).  The part I am most proud of was I  did a fairly challenging climb 50 miles into my ride.

I also took some time to take care of myself this week.  I had a 90 minute massage on Tuesday which was greatly needed.  Brian of Malibu Massage worked on my legs and shoulders and really worked the kinks out.  This is something I need to be doing on a more regular basis.

This week is a recovery week so I plan on trying to just keep up the regularity of my workouts but give my body some time to recover from the last three weeks.  I am a little concerned about a possible hiccup that could be coming in my training.  I found a mass on my chest (close to my shoulder near my collar bone).  The doctor thinks it is just a fatty lump/tumor but the fact that I didn’t notice it and then all the sudden it was there and the size of a golf ball is a little off putting.  Once I get into see the surgeon I can decide if I get it out now or wait until after Ironman.  Kind of crazy!

So I was swimming at the gym when some one else in the pool had one of those new GoPro cameras.  He was trying to take pictures and video of his swimming so he could see what he was doing underwater and make some improvements.  Being the Chatty Cathy that I am I offered to help him take video and in return he shot some of me.  Pretty cool!

There are three things I noticed.  One, my head is all over the place, I need to keep my head still.  Two, the way my hands are entering the water could be improved; they shouldn’t go in twisted like they are.  And three, one of my arms is crossing over a little; I need to keep my catch a little bit wider.

If you can get access to one of these cameras it is really cool to see how you look under the water!

Week 5  was the second build week of three.  I built in some areas but not others

Well I was slightly successful with having more focused workouts.  I did a speed workout on the the treadmill but had a #fail on the tempo run.  I am still scoping out good places to run by my work.  My week was kind of whack-a-doodle because I needed to take care of some personal stuff (if you must know a haircut and some waxing) so that messed with my my early week workouts.  I am very happy with my ride on Sunday in which I got 70 miles in!  I broke it up with a smoothie break after 40 miles which was really helpful.  I will just keep extending when I take my “lunch break” on the bike because I don’t plan on taking one on Ironman day.  But it really helped me avoid needing someone to rescue me (although, that can be nice).

This week I want to get more serious in the pool.  I know I have said that I don’t feel the need to improve my swimming time because I am lucky that parts comes easy to me.  But as I was swimming on Sunday I really started to think that if I can put some extra effort in the pool now, on race day it will be a gentle warm up for a long, hard day.  You have all heard the saying “Train hard, race easy” or some version of that.  Well this week that started to click with me.  I need to train harder, so that on race day it will be easier.

I have been working on adapting to my training schedule and it is time to revisit it now that I have found what I can (and more importantly) CAN’T do during the week.  Here was my proposed plan

It isn’t working so great so I need to make some modifications.  The biggest problem I am running into is doing anything on Wednesday and Thursday nights because I have my kids those nights and there is a lot that has to get done in the very short time.  By the time I get them in bed, I am barely awake.  I also am finding I have no time to take care of me.  Scheduling a haircut  or a massage (which I really need) is close to impossible.  I don’t have a spare hour anywhere.

So here is what I am thinking:

I was happy to figure out that I can sneak a run in at work during the day if I don’t have any late meetings and that is helping alleviate the need to work out after kids go to bed.  I will sit with this for the next couple weeks and see how it goes.  And just so you all know what I am training for, watch the video below: 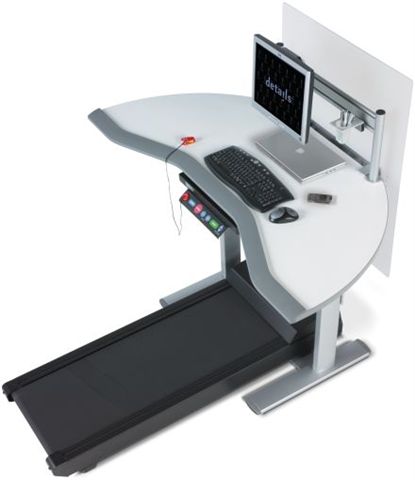 I was fortunate enough to be given an entry into the 2012 13.1 Los Angeles race and an entry to raffle from my blog.  I had heard good things about the race so I was excited to run this race.  Now, keep in mind I am in the middle of Ironman training and just coming off working on my form so I haven’t been doing much speed work.  I had no intentions of going for a PR.  I just wanted to go out and run a comfortable half marathon and enjoy the camaraderie of a race.  And that is exactly what I did!

Getting to the start was a little crazy since they had to funnel about 2800 people into a rather tight location but who wants to sit around waiting for a race to start anyway?  15 minutes before start time is just fine!  The race starts in Venice and you run right down the beach path where all the vendors set up shop.  We start early enough that there aren’t any tourists there so we had the boardwalk to ourselves.  Then you start winding through a bunch of places I am totally unfamiliar with but some of the names I heard were Marina del Ray and Playa del Ray.  My favorite part was running on Dockweiler Beach where I saw dolphins surfing in the waves!

One interesting observation of this route was I have never experienced so many different smells in a race.  There was pot in Venice, beach at Dockweiler, jet fuel as we ran under the take off pattern for LAX, and the worst one sewage as we ran by a treatment facility, TWICE!  The route was great, the scenery beautiful, but that sewage was something I have never experienced before! 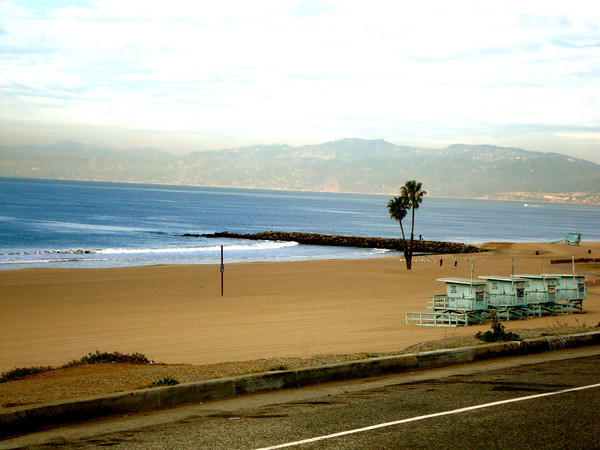 View on the return, pretty awesome!

Now because I got to the start a little later that expected I actually had to make a pit stop during the race (something I don’t usually have to do). Every aid station had a couple of potties but I waited until I found one with no line.  All the aid stations were also stocked well with blue Powerade (but from a red berry, what is that all about?) which I really liked the flavor of and water of course.  They even had a ton of Cliff shots gels at one station.

So for my run…I was pretty consistent and essentially held an 8:30 pace and finished with a time around 1:53.  The finish line area was great; lots of space to spread out and stuff to look at and eat.  But because it was a gray kind of day I starting getting cold pretty quickly. So I hopped on the waiting shuttle and went back to the start.  Overall it was an awesome low stress kind of race.  I had a lot of expectations tied to my last couple races so it was awesome to run stress free and just enjoy the half marathon.  If my training schedule permits next year (and I think it should), I will be doing this event again for sure!

Week 4 is the beginning of another build cycle.  Unfortunately the numbers don’t really reflect that.

After a slow start on Monday (that included a yoga class; I need to do that more often), I finally put a little effort towards more focused workouts.  So even though I did not build my time or distance this week, I did build the intensity.  I did some 400m sprints and a tempo-ish run.  Two of my swims either worked on speed or mid distance fitness.  And both my trainer rides were Sufferfest rides which is MUCH better than just riding.  I did Local Hero on Friday night and I don’t think I have ever made such a big puddle of sweat before.  It was a really challenging workout with not as much recovery time as the other workouts.  I will be doing it again for sure!

I did a race on Sunday, the 13.1 Los Angeles (race report to come…).  It was my longest run since my 50K in November and felt pretty good.  But because I ran the race in the morning, I kind of pooped out on  my ride in the afternoon.  I was slated for more like 50-60 but only did 40.

Goal for this upcoming week is that same as last weeks.  Keep my workouts focused.  And MORE bike miles!!!